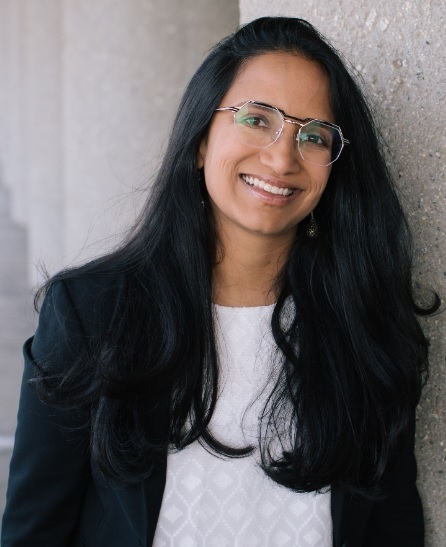 Dr. Aparna Bhaduri earned a B.S in Biochemistry and Cell Biology and a B.A in Political Science from Rice University in 2010. She completed her doctoral studies at Stanford University in Cancer Biology in 2016, where she focused on epithelial tissue differentiation and neoplasms She was a postdoctoral scholar at the University of California San Francisco in the Eli and Edythe Broad Center of Regeneration Medicine and Stem Cell Research, in the lab of Dr. Arnold Kriegstein. As a postdoctoral scholar, she has used single-cell RNA sequencing to characterize cell types in the developing cortex across cortical areas, in human and non-human primates, and in glioblastoma. Because experimental manipulations of the developing human cortex will require in vitro models, she has been using similar approaches to compare cells types in organoid models and primary tissues. Her long term interests to be pursued in her own independent laboratory at UCLA are in understanding how stem cells during cortical development give rise to the human brain, and how aspects of these developmental programs can be hijacked in cancers such as glioblastoma. One aspect of normal development and cancer that particularly interests her is the role of metabolism in regulating cell fate and tissue homeostasis. In order to explore these questions, Aparna uses single-cell genomics, informatic analysis, and organoid models. In her free time, she enjoys spending time with her husband rock climbing, biking, and cooking. 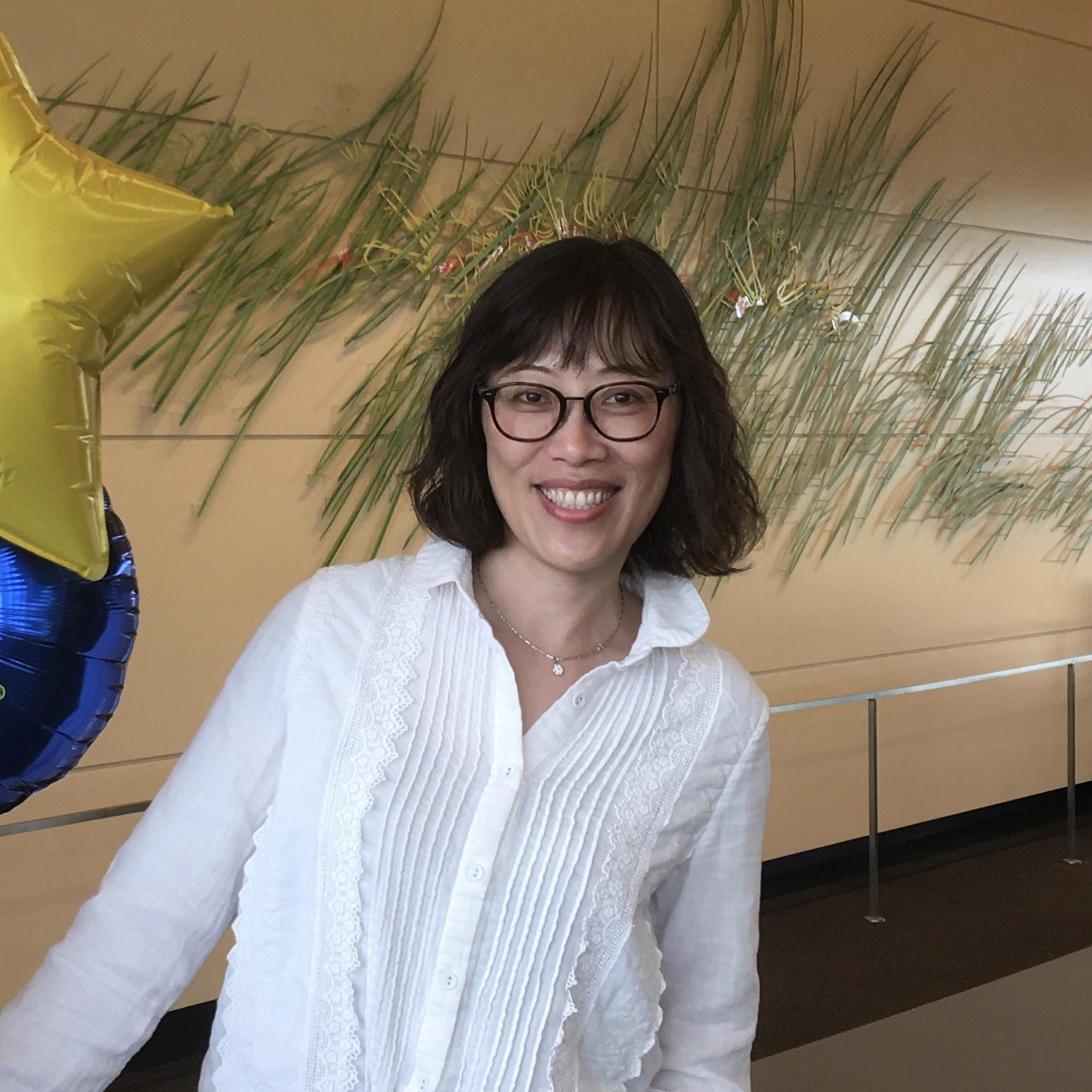 Weihong graduated from the Medical School of Fudan University in China and has been trained as a developmental neuroscientist after joining UCLA. Her long-term research interest involves molecular mechanisms underlying neural stem cell differentiation. Her current project uses human cortical organoid systems to study neural lineage specification and cancer. When not in the lab, she enjoys outdoor activities, such as hiking with her friends and traveling with her family. 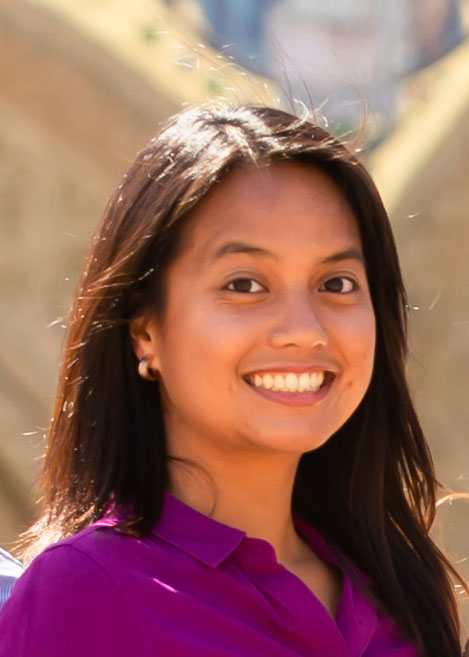 Patricia Nano earned a B.S in Biochemistry & Cell Biology from Rice University in 2013 and a Ph.D. in Chemical and Systems Biology from Stanford University in 2021. Her doctoral research in the lab of Dr. James Chen centered on the characterization of ARHGAP36, an atypical Rho GTPase activating protein family member with an emerging importance in neural development and pediatric brain cancers. As a graduate student, she mapped the ARHGAP36 structure-activity landscape using truncation mutant analyses, high-throughput mutagenesis screening, and comparative proteomics. This work fueled a fascination with how proteins and genes act together to generate the diversity of cell types within the human brain and contribute to human-specific cognition. To augment her signal transduction background, Patricia joined the Bhaduri lab as a postdoctoral scholar dissecting cellular heterogeneity in the human neocortex with single-cell transcriptomic profiling and in vitro neurodevelopmental models. Outside of lab, Patricia relives her days as a high school band nerd by playing French horn. 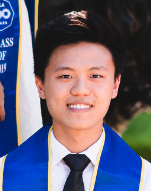 Ryan received his B.S. in Molecular, Cell, and Developmental Biology at UCLA in 2019. He transferred from Mt. San Antonio College, a community college in Walnut, CA. During his two years of undergraduate studies at UCLA, he conducted research in the lab of Dr. Steve Jacobsen and studied novel epigenetic silencers and DNA methylation using the model plant Arabidopsis thaliana. After graduating, he stayed on as a research technician to investigate the roles of the MORC protein family in mouse and human embryonic stem cells. As a graduate student in the Bhaduri lab, Ryan is interested in dissecting the role and mechanism of PTPRZ1 in glioblastoma multiforme (GBM) tumorigenesis, progression and metastasis. When not thinking about science, Ryan enjoys nerdy activities, such as playing video/board games, watching YouTube, playing pool and going to karaoke, as well as spending time with friends and family. 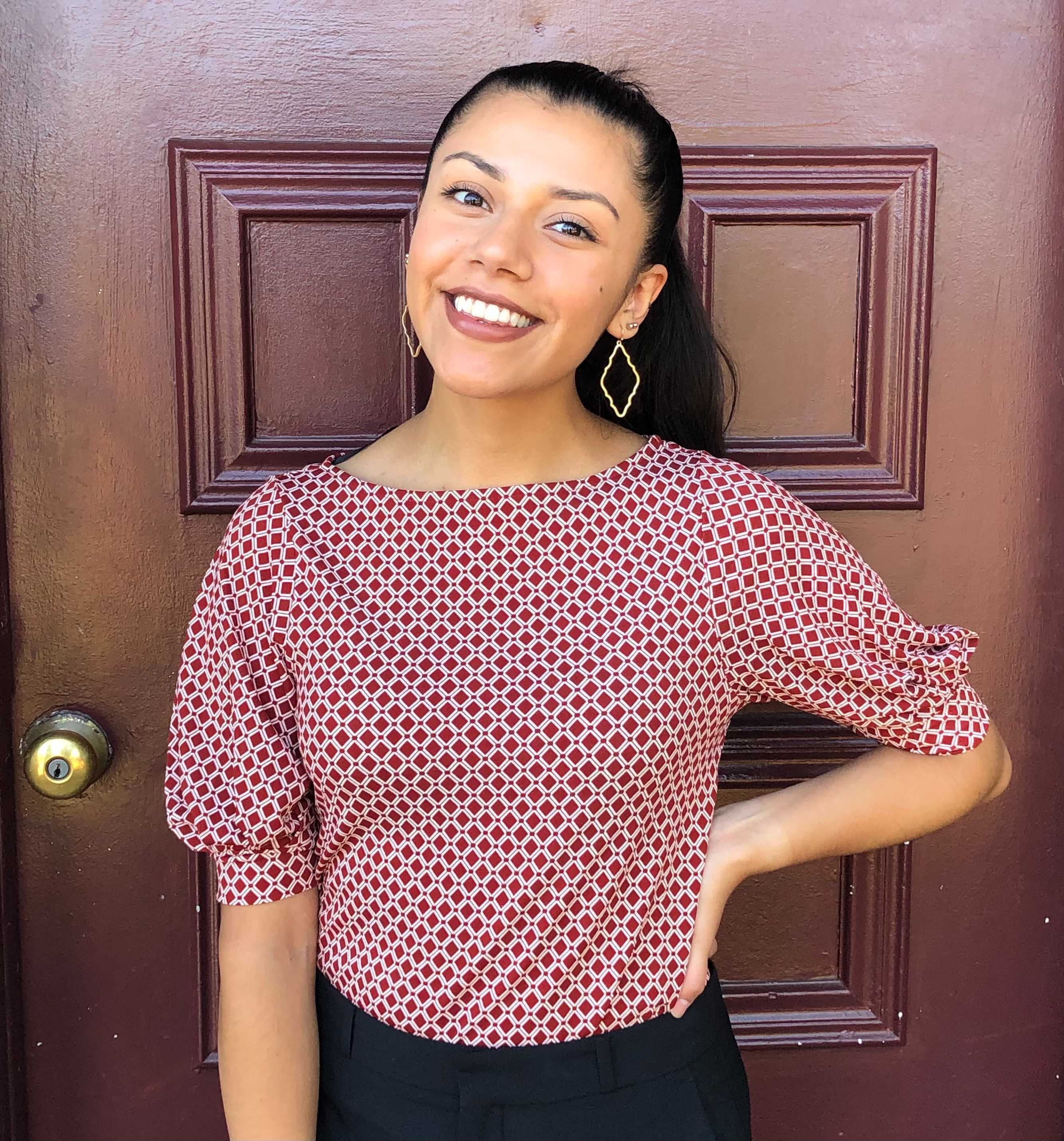 Jessenya Mil earned a B.S. in Biology and a minor in Chemistry from Linfield University in 2019. She worked as a research assistant at Oregon Health & Science University in the lab of Dr. Dhandapany Perundurai centered on researching cardiovascular diseases. During her time with Dr. Perundurai, Jessenya assisted him on a project researching hypertrophic cardiomyopathy (HCM) as a condition arising in Noonan Syndrome patients. She further investigated the molecular pathway that gives rise to HCM as well as tested whether certain FDA-approved drugs had therapeutic values in a cardiomyopathy mouse model. Her current research interest involves investigating the influence of cell metabolism in cell fate specification during the cortical development. When not in the lab, she enjoys the outdoor activities such as hiking, spending time at the beach, and playing soccer.

Claudia Nguyen graduated with a B.S. from Haverford College in 2018, where she studied biochemistry and neuroscience. She is currently a graduate student in the Neuroscience Interdepartmental Program, and joined the Bhaduri Lab in spring 2021. Claudia researches thalamocortical interactions during neurodevelopment, using the organoid system to explore extrinsic signals from thalamus involved in cortical patterning. Previously, she worked as a research assistant at the Lieber Institute in Baltimore, MD. Her project used molecular biology and functional imaging techniques to characterize induced pluripotent stem cell-derived cortical neurons from schizophrenia patients and neurotypical controls. When not at the bench, Claudia enjoys gardening, powerlifting, going to the beach, and exploring all the awesome vegetarian food LA has to offer. 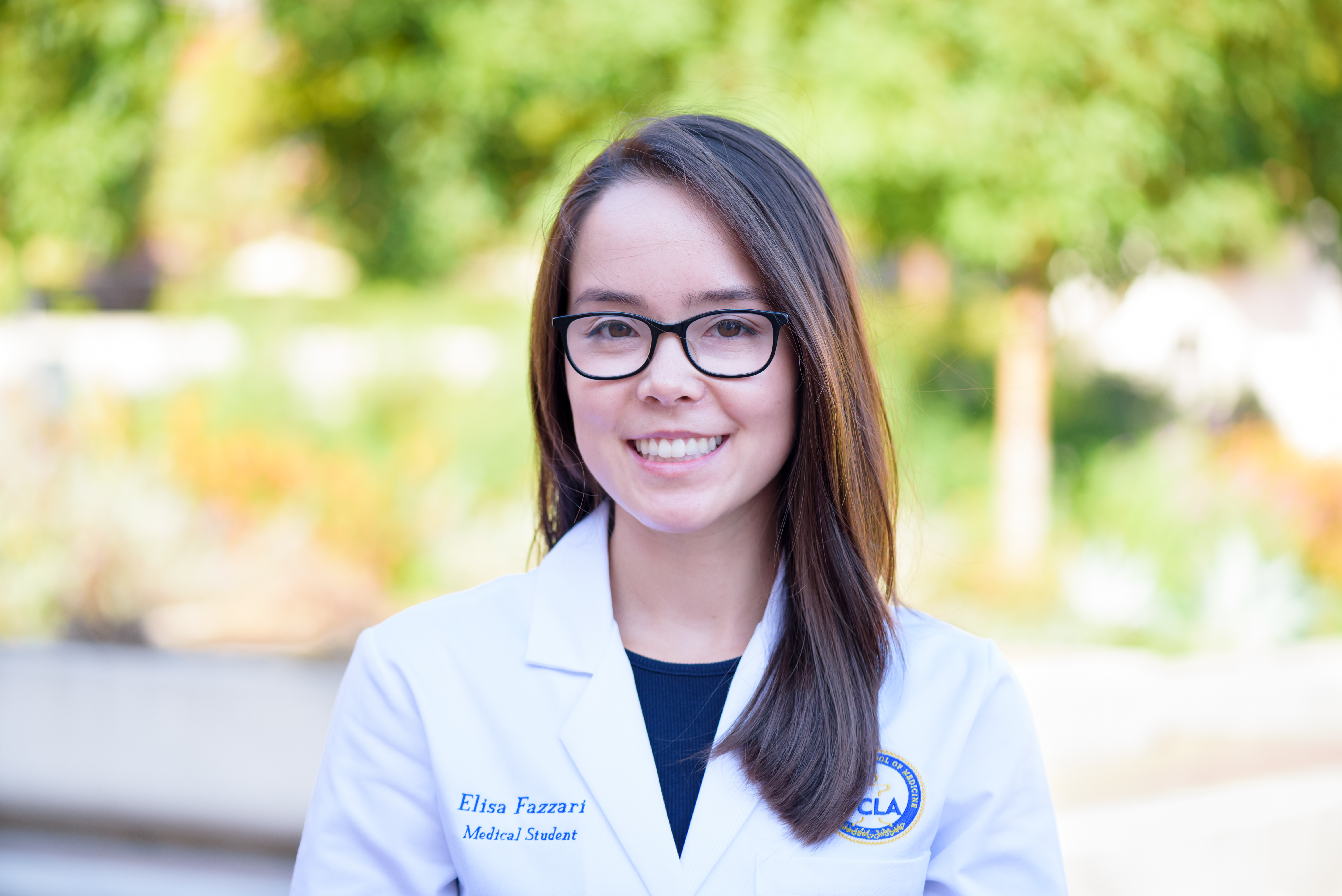 Elisa Fazzari is a MSTP student at DGSOM and an aspiring neurosurgeon-scientist. She earned her B.S. in Neuroscience and minor in Biomedical Research from UCLA in 2018. During her time as an undergraduate, Elisa’s research in the lab of Dr. Albert Lai focused on the role of DNA methylation on maintenance and progression of isocitrate dehydrogenase 1 mutant glioma. After undergraduate training, Elisa worked in the lab of Dr. Davide Ruggero at UCSF, studying the role of RNA motifs in translational specificitiy downstream of oncogenic signaling pathways. As a graduate student in the BhadurI Lab, Elisa aims to combine her interests in neuroscience and cancer by using single-cell RNA sequencing approaches to understand mechanisms of cell fate specification in glioblastoma. In her free time, Elisa enjoys running, bread baking, playing with her dog, and exploring LA restaurants. 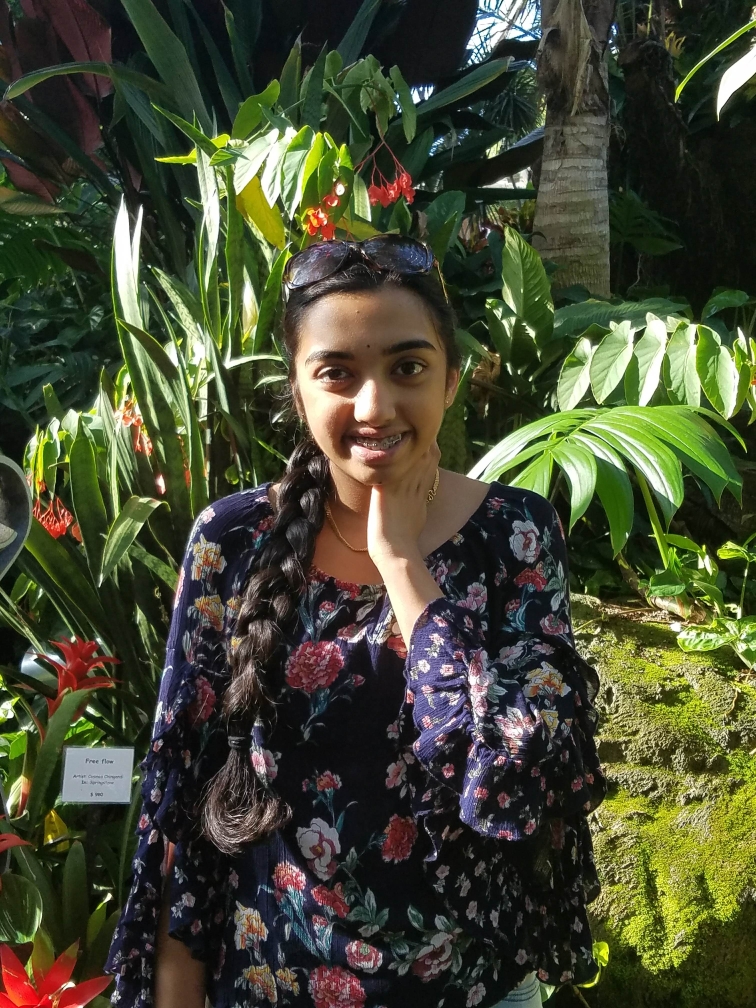 Saatvika Nair is an undergraduate neuroscience student at UCLA who is deeply enthusiastic about current progress in neurodevelopmental and brain cancer research. Her interests primarily lie in exploring glioblastoma heterogeneity and tumor progression, and she is thrilled to pursue both aspects further while working in the Bhaduri Lab. Outside of the lab, Saatvika loves spending time with her family, reading, learning dance, and exploring the West Coast. 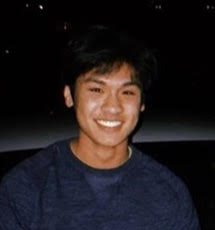 Sean Wang graduated from Oak Ridge High School in El Dorado Hills, California. He is currently a first year undergraduate student pursuing a B.S in Biology at the University of California Los Angeles. Sean is specifically interested in all things that have to do with neuroscience and cancer. In the future, he hopes to pursue a career in neuroscience in the medical field. Sean's hobbies include visiting new places with friends, tennis, and volleyball. 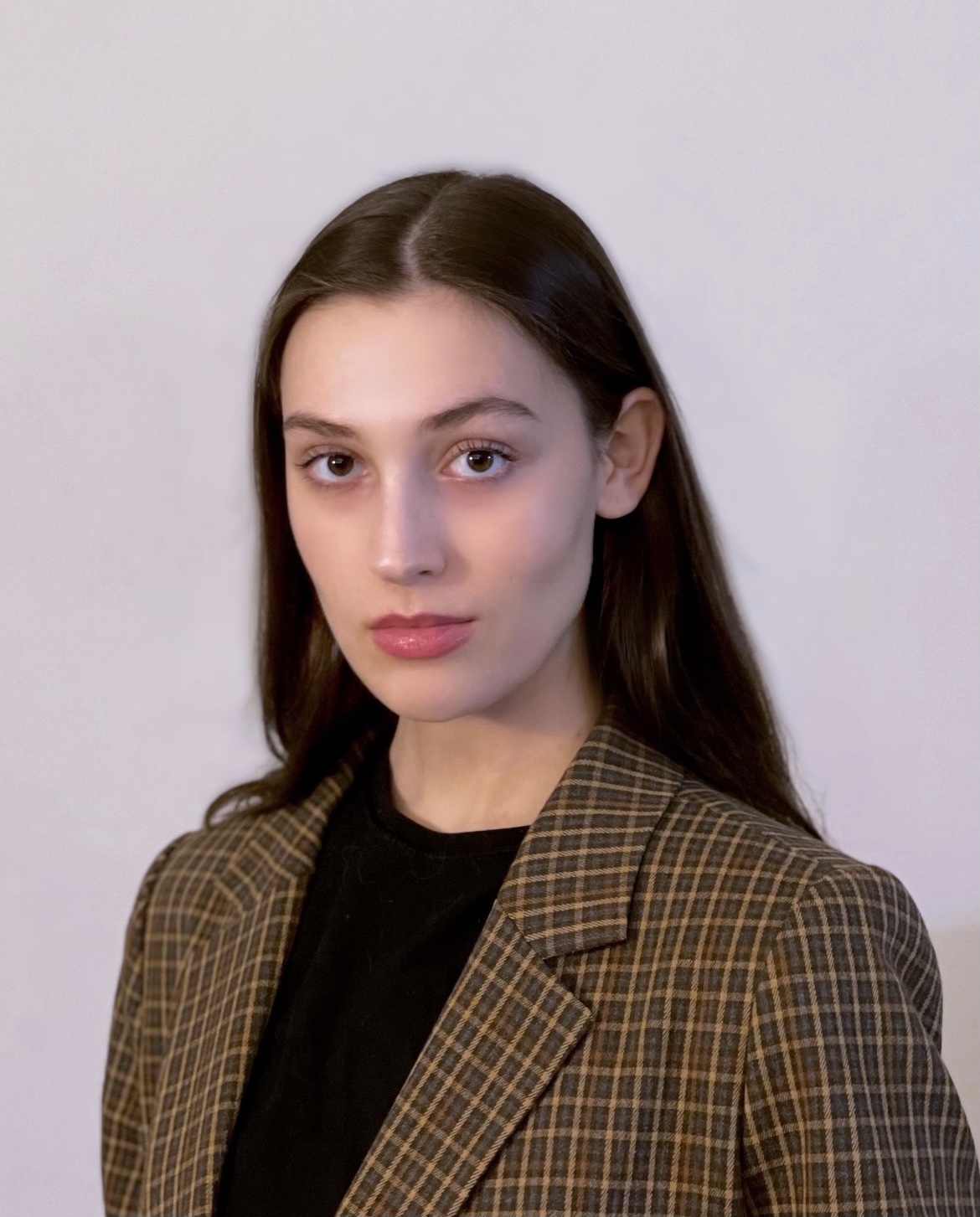 Daria Azizad is an undergraduate Neuroscience student at the University of California, Los Angeles. She is particularly interested in studying molecular mechanisms and biological pathways in relation to human disease. In the Bhaduri Lab, Daria primarily studies the cortical organoid metabolism and does bioinformatics projects to investigate cell type through RNA-seq and ATAC-seq data. In her free time, she enjoys reading sci-fi novels, hiking, and playing with her dogs. 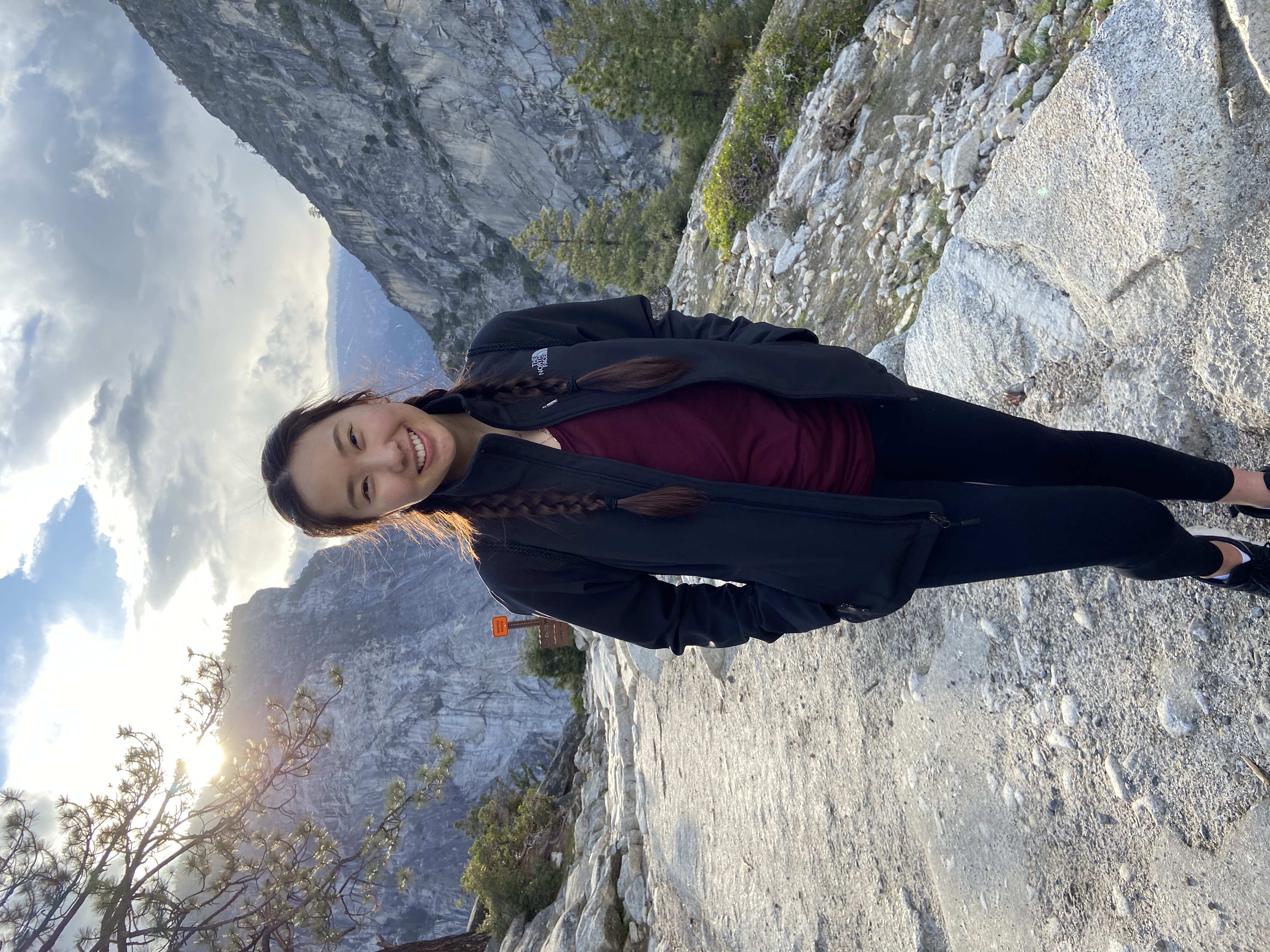 Joyce Ito is a senior studying Biology at the University of California, Los Angeles. Before joining the Bhaduri Lab, she studied neuroepithelial progenitor cells in Sun laboratory while developing her skills in research techniques such as dissection, cryostat sectioning, and perfusion. In the Bhaduri Lab, Joyce will be studying prefrontal cortex arealization by focusing on transcription factors such as HES4. She will also be assisting in the growth and maintenance of cortical organoids to further research in neural development. In her free time, Joyce likes to go to concerts, find new food and music, and read the book series she started in high school and never finished.

The Bhaduri Lab works extensively with primary human tissue, cortical organoids, single-cell RNA-sequencing, and other bulk and single-cell -omics technologies. The ideal candidate will have an interest in pursuing a project in one or both of these biological focus areas, will be motivated to learn and implement a variety of cutting-edge computational and experimental techniques, and will be excited to work with and develop teams within the lab. Projects may include but are not limited to interrogating mechanisms of radial glia fate specification, characterizing glioblastoma lineage, and understanding the role of developmental metabolism in regulating neural differentiation.